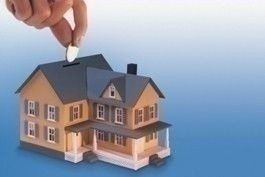 I hear a lot about the Federal Housing Administration, and much of it is simply wrong. “The FHA is the next subprime.” Untrue. “The FHA caused the housing crisis.” Also untrue. There is a lot of misinformation making the rounds, which helps neither brokers nor buyers. Here’s the low-down on what brokers or buyers’ agents need to know.

The Federal Housing Administration, which was founded in 1934, is part of the U.S. Department of Housing and Urban Development. The FHA insures loans made by the private market; it does not itself lend money. Its purpose is to provide access to safe, affordable financing when the private market cannot or will not participate.

What are the benefits/drawbacks of an FHA loan?

Historically, these loans have featured low down payments, closing costs and credit score requirements. As we all have seen in the marketplace, not everyone has 20 percent to put down and credit scores of 800. The flip side of the low costs and lower credit scores is that FHA borrowers pay significant premiums to cover their mortgage insurance, and premiums have been climbing. Over the last two years, FHA has increased its premiums four times. In fact, today’s premiums—both the upfront and the annual—are higher than they have ever been. Today’s premiums include a 1.75 percent upfront premium and a 1.25 percent in an annual premium, paid monthly. The FHA recently announced it will increase the annual fee to 1.35 percent. Also, FHA will require buyers to continue paying annual premiums for the full life of their loans.

What credit score do buyers need?

It used to be that credit scores were relatively low to qualify for FHA loans. But FHA borrowers today have credit scores at historically high levels due to rigor in the lending environment. Everyone is doing higher quality loans right now, even FHA. The average credit score for FHA purchase loans was 700 in FY2012, compared to 696 in FY2011, according to the Department of Housing and Urban Development (HUD). More than 30 percent of FHA borrowers in FY2012 had credit scores above 720, according to the National Association of REALTORS® (NAR). This doesn’t mean that FHA is not doing loans for borrowers with a credit score under 699, it’s just not doing as many of them.

What has FHA’s role been in the housing downturn?

“During the economic recession and housing downturn, FHA has been one of the only sources of mortgage finance available to buyers. This was at a time when people were losing jobs; housing prices were in a free fall; and many were going into foreclosure,” explains Sarah C. Young, associate regulatory policy representative at NAR. “The private market largely abandoned housing finance, but FHA did not. In fact, FHA provided access to homeownership for more than 2.8 million first-time homebuyers in the last four years—exactly the role it was designed for,” says Young.

For example, in FY2011, over half of all African Americans who purchased a home and 49 percent of Hispanics did so with FHA financing. Moreover, 78 percent of FHA’s borrowers were first-time homebuyers, according to HUD.

FHA’s marketshare has grown quite a bit. Will it continue to be such a major provider of loans?

From FY1994 to FY2002, FHA averaged about a 13 percent marketshare for loan originations, NAR reports. NAR further states FHA’s marketshare peaked at 19.3 percent in 2010, but is now returning to traditional levels, standing at 15.78 percent in FY2012. We expect that as the rules for mortgage finance settle, and housing prices stabilize nationwide, private investors will return, and FHA’s marketshare will return to traditional levels. In the meantime, FHA is playing an important role in helping our housing markets and economy recover. In fact, Moody’s has estimated that without FHA, housing prices would have dropped an additional 25 percent, and American families would have lost more than $3 trillion of home wealth.

How stable is the FHA financially?

FHA has consistently used appropriate underwriting in its mortgages, and has never engaged in exotic lending, but has incurred financial losses as a result of overall market conditions and increased foreclosures. This is true of every holder of mortgage risk over the last several years. The good news is that there has been widespread improvement in the performance of FHA loans since the market collapsed in 2008. Loans insured since 2010 are of high quality and are expected to continue to perform very well. But the legacy loans from 2007-2009, with many mortgages in declining markets, are placing a high burden on the fund.

This doesn’t mean that FHA is bankrupt. Its current cash reserves total $30.4 billion, according to HUD. However, it is thought to be undercapitalized, particularly because FHA is required by law to hold reserves for claims over a 30-year period. (By comparison, the Financial Accounting Standards Board only requires private financial institutions to hold reserves for losses over the next 12 months.) It is likely that FHA will need to borrow money from the Treasury this year, but it’s extremely far from going bankrupt.

This is important, because as brokers, we need FHA to be around and fulfill its role in the market. At the end of the day, you can’t sell homes if your buyers can’t get affordable loans.

“If buyers are served by the conventional market, great. If they’re served by FHA, great. We just want them to be served,” says Young.

I couldn’t agree more. For many buyers in today’s market, FHA gets the job done. End of story.